From the age of 15 – 36, I was Carnival mad! You may ask “Were you fascinated with fun fairs, clowns and rides?” Absolutely NOT! The Carnival I refer to is a congregation of 100’s of thousands of bodies gyrating in unison to Soca music on the sun drenched streets of the Caribbean. One or two days of freedom – your soul personified in human form through you. An opportunity to release yourself of daily burdens and express yourself through song, dance and costume. The euphoria of release is addictive, so much so that you are compelled to save all of your holiday leave and disposable income in the pursuit of another high in Trinidad, Barbados, Grenada, St. Lucia, Japan, London, Miami, Guadalupe. 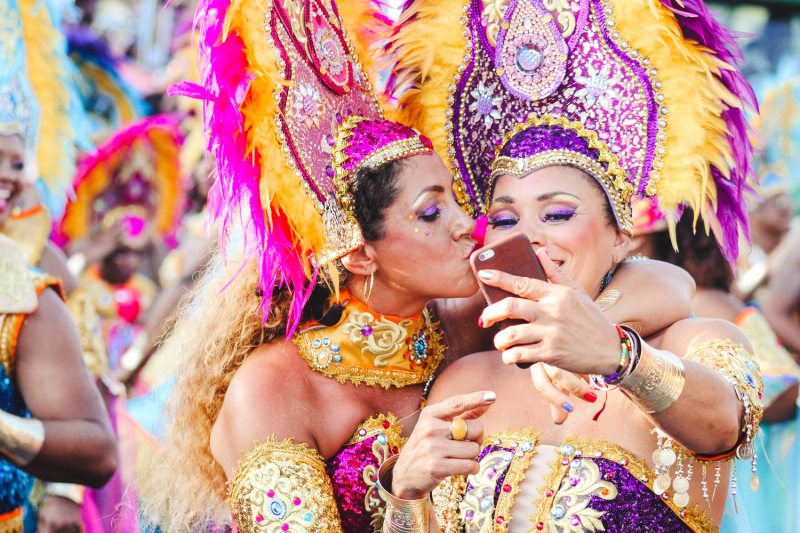 It’s been a few years since I traveled to Trinidad, the Mecca of Caribbean Carnival but I can look back on fond memories in Port-of-Spain shedding my inhibitions and jamming with friends and family. I would spend all of my free time fantasising about my costume, what clothes I would wear and the potential that would be realised when I would arrive. Every trip surpassed my day dreams.

Many have made disparaging remarks about Carnival and those who participate in them. I attribute this to ignorance and unwillingness to understand the culture from which it was borne and the dust from which it rose. My love of history is why I think I have/had such a love affair with Carnival.

Carnival has been celebrated in Europe for centuries, a last hurrah before the start of the Lent season which mandates abstinence of the many human indulges. Carnival was transported to the New World by Europeans and underwent a fusion with the culture of the oppressed, the slaves who were forced to labour the fields of sugar cane amongst other things. The gentry (white oppressors) became offended by the expressive manner in which the descendants of Africans interpreted Carnival and incorporated their own folklore and legend.

But the Carnival continued in spite of numerous attempts to further suppress. Across the Caribbean, Carnival (in its various names and interpretations) became synonymous with freedom. Characters of legend  and history were celebrated and imitated via costume – the slave who was pushed or jumped into the vat of molasses returned as a devil known as Jab Molassie, the burning of our hard times in the form of an effigy, Mr. Harding in Barbados during Crop Over, the mocking of European gentry and the slave owner with the portrayal of Dame Lorraine (a slave owner’s wife) or moko jumbies, the stilts men  tradition from our West African ancestors.

Carnival and Caribbean festivals are literally walking, living, evolving history that you have the chance to participate in. To party with and acknowledge the spirits of those gone, those who fought to maintain tradition. To be included.

Today is Carnival Tuesday in Trinidad. Carnival is celebrated the Monday and Tuesday before Ash Wednesday. Haiti, Dominica, Guadalupe, Martinique, and St. Martin also follow the Christian calendar and stage their carnivals on the same days. In Barbados, Crop Over is celebrated for 12 weeks culminating on the first Monday of August each year. Jamaica’s Carnival (in New Kingston) is the Sunday after Easter. Grenada’s Spicemas is the second Monday and Tuesday of August. Bermuda’s Carnival takes place over Heroes Weekend in June. Carnival is fast becoming a premier destination for those looking to party, wanting to understand and appreciate history and in a non-judgemental environment free themselves.