In March, Mummy Reds and I went to Edinburgh for a weekend.  It was lovely! I’ve never taken a DNA test but my mother claims to have Scottish great-grandparents and evidenced by my last name, there may be a Scottish gene or two in my paternal DNA pool. I say all of this because I have always felt drawn to Scotland but on previous trips, I have not had the opportunity to explore. Mum and I went to celebrate Mothering Sunday (UK holiday).

Before I share my rambles, let me state, EDINBURGH IS NOT FOR THE FAINT OF HEART, THE OUT OF SHAPE, OR THOSE WITH LIMITED MOBILITY.

With that out of the way, Edinburgh is a beautiful city. This city is synonymous with hilly. I am presently at my heaviest and unhealthiest, which means the urban Scottish hills were killer for me! Mum and I walked up hill, down hill, round hill and down dale. My Apple Watch was probably wondering who stole it and was wearing it because I don’t think I have clocked that many steps or inclines since Crop Over 2017.

The day we arrived, it poured. Those of you not from the UK and have never visited are reading this and thinking “It’s the UK, what’s new?” Well, non-stop, heavy precipitation is not the norm unless you are in the Lake District. The rain was so heavy, I wondered if I wet myself. My clothes were wet for days afterwards.

We took a trip to Jenners Department Store, which was the oldest department store in the Scotland until being purchased in 2005. I love buildings where history is apparent and Jenners is one of these. The architecture is quite spectacular. 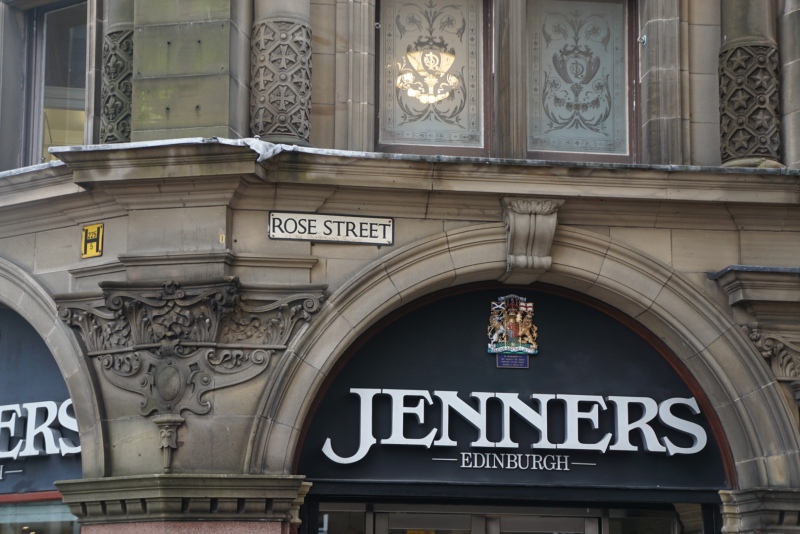 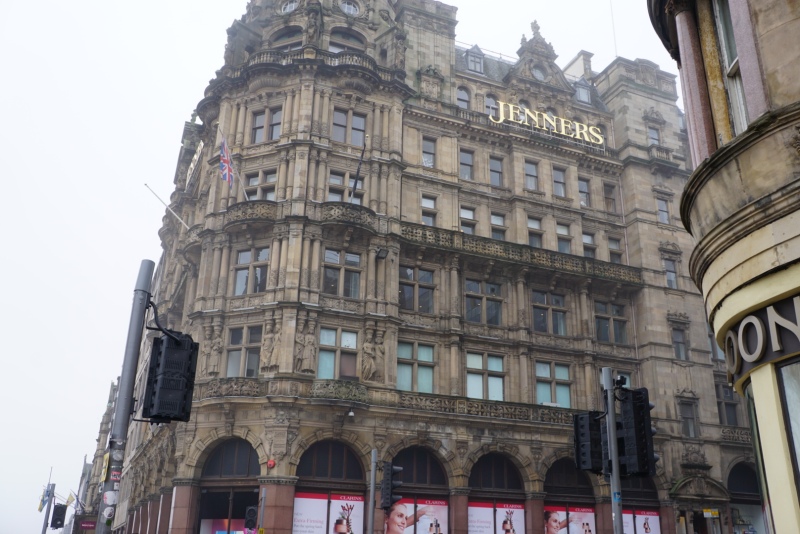 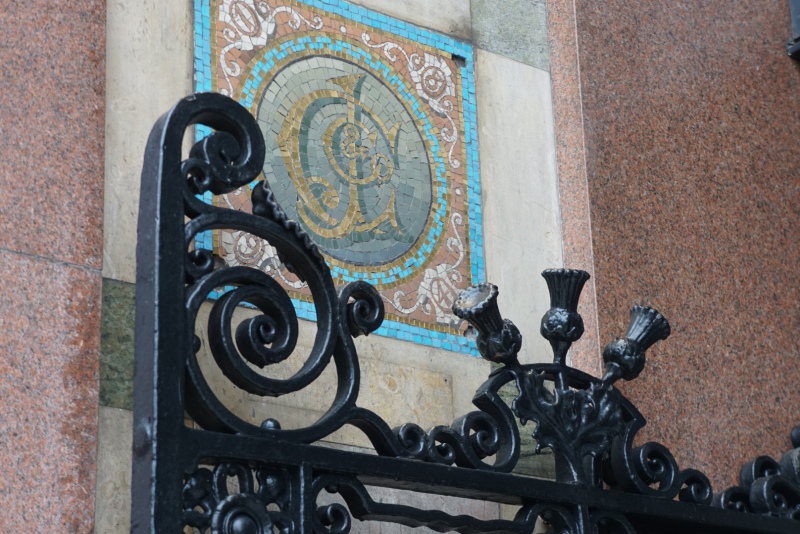 Just across from Jenners is an impressive gothic structure that leaves you wondering who was important enough to deserve such posthumous recognition? The monument is a tribute to Sir Walter Scott, a poet and novelist. The monument is the largest tribute to a writer in the world. 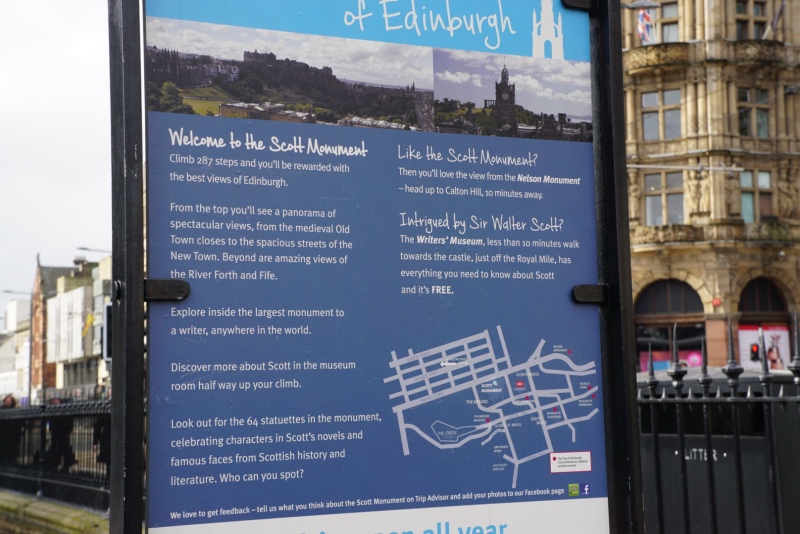 On Sunday we had lunch at The Ivy, a restaurant that has its roots in Westminster but is slowly branching out across the UK. The food was scrumptious! But the service was impeccable! After numerous trips to Edinburgh, I find a vast difference in the service standards between Scotland and England. The levels of service are higher – hotels, taxis, restaurants, tourist attractions. 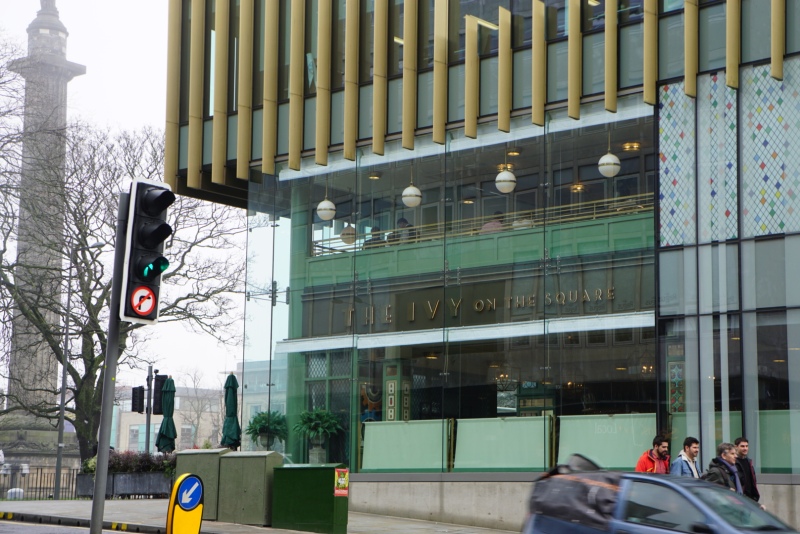 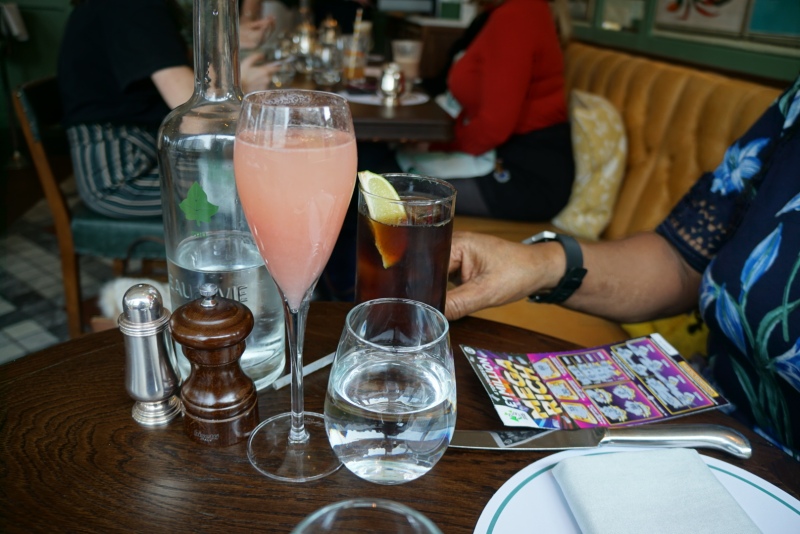 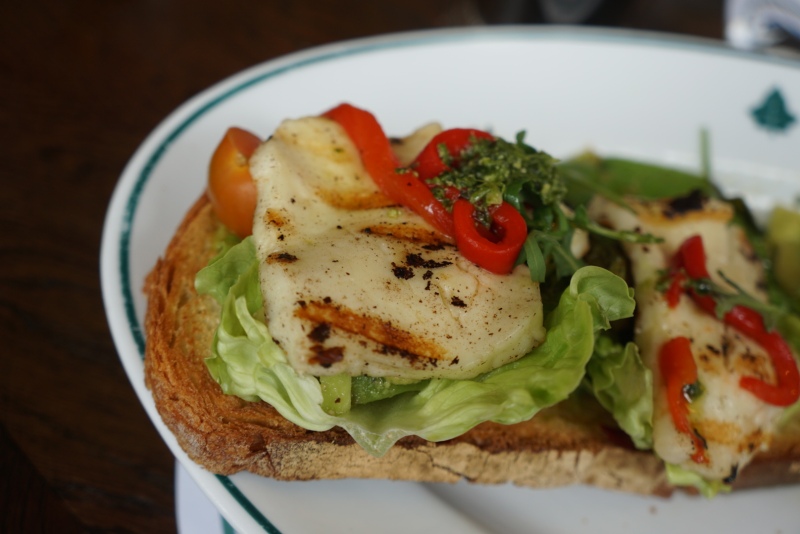 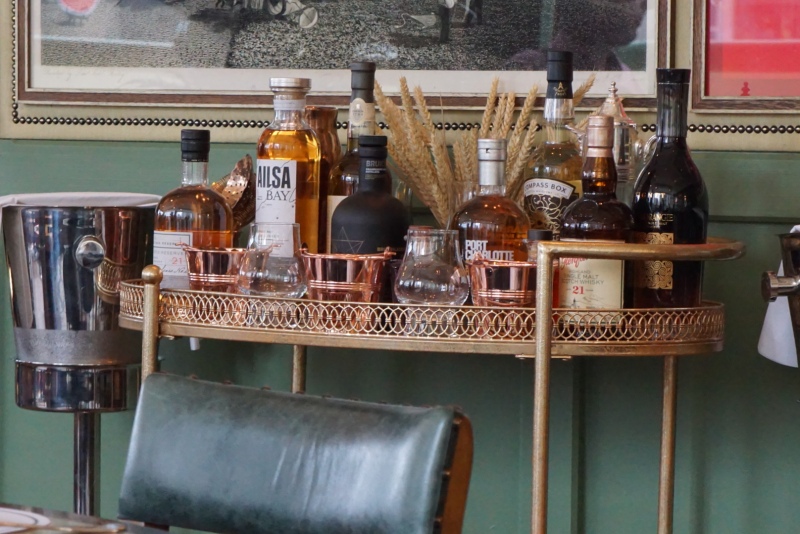 At this point in our travels, we made the mistake of deciding to walk to Edinburgh Castle. LAWD GAWD (West Indian accent to emphasise how insane I must have been).  There were numerous hop on-hop off busses promising touring the city at a leisurely pace. However the ladies Reds decided to walk. Up. Hill. I repeat. LAWD. GAWD. 🤦🏾‍♀️

Now the walk up hill, The Royal Mile, is picturesque. We stopped every few feet but my legs were in agony, absolute agony. The walk from Jenners to the castle was up hill. Walking to the castle, we saw bagpipes being played, unique little shops, but the stars for me were the closes – alleyways where people would have lived centuries ago and that were named after the private individuals that owned them. One of the closes, Mary King’s Close, a close under the Royal Mile, is now an attraction open to tourists which allows visitors a peek into the underground history of Edinburgh.   The Royal Mile is oozing with history! If you, like me, are interested in the history of everyday people and residences, you can find info about the Royal Mile closes here. 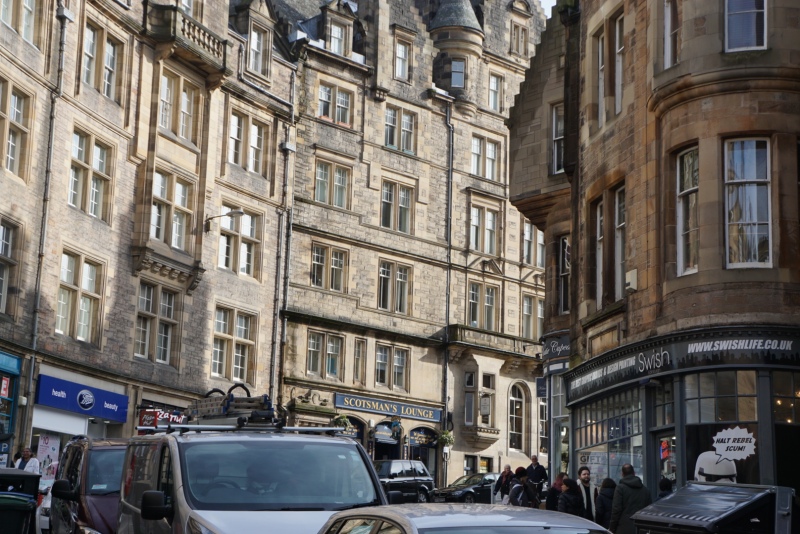 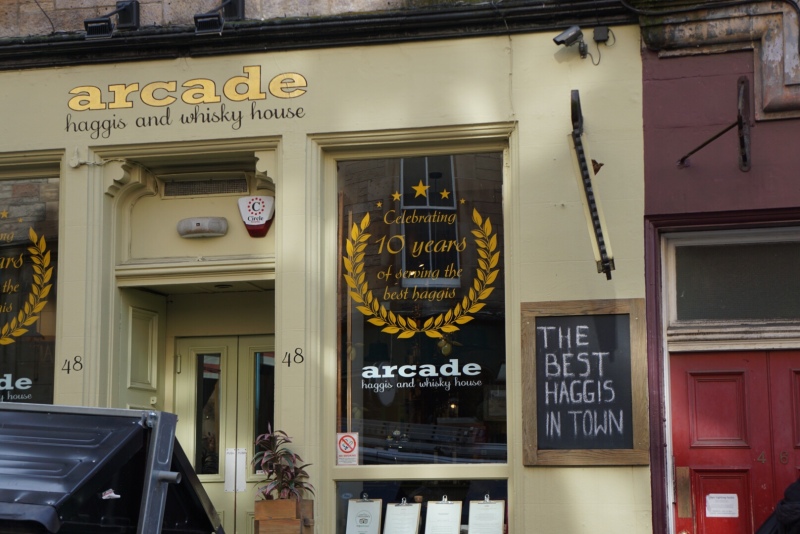 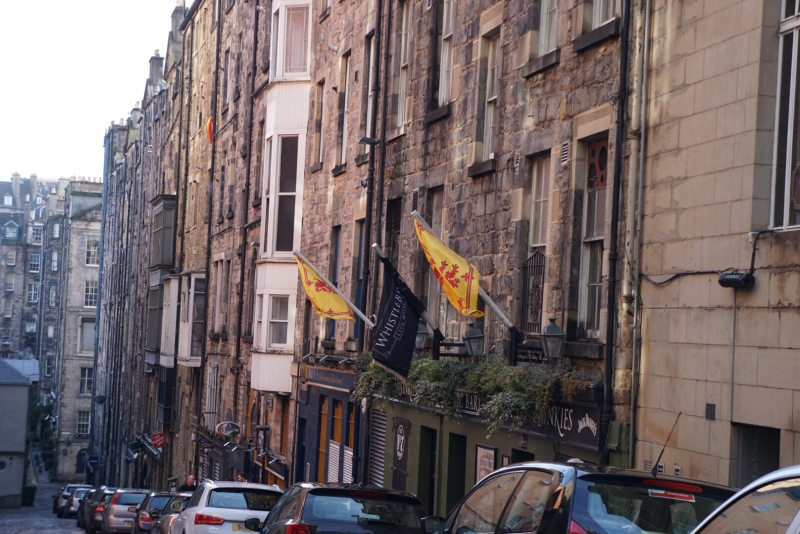 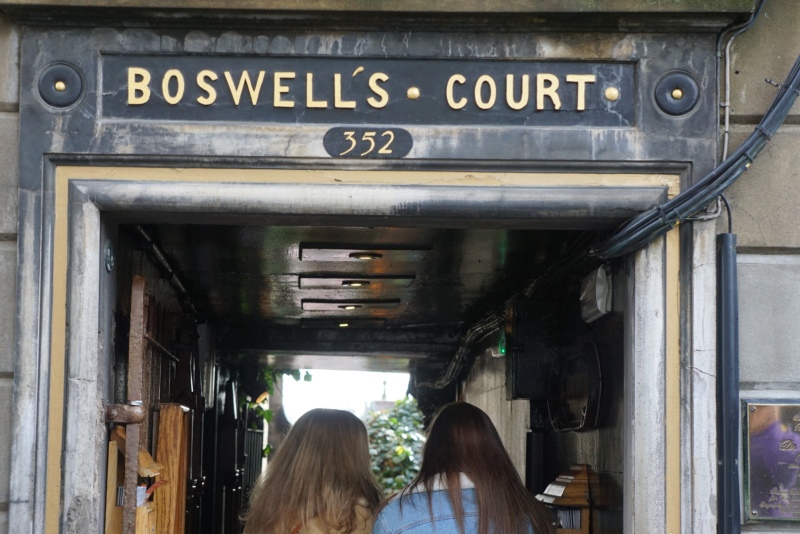 When we finally arrived at the castle, I was out of breath and wondering if my TIME had come (like Fred’s time in Sanford and Son) but the view distracted me…… The castle, I didn’t realise was a fort and as such it was atop a hill overlooking the city. We walked through the castle enjoying more inclines and steps (man, I’m having palpitations thinking back to this). 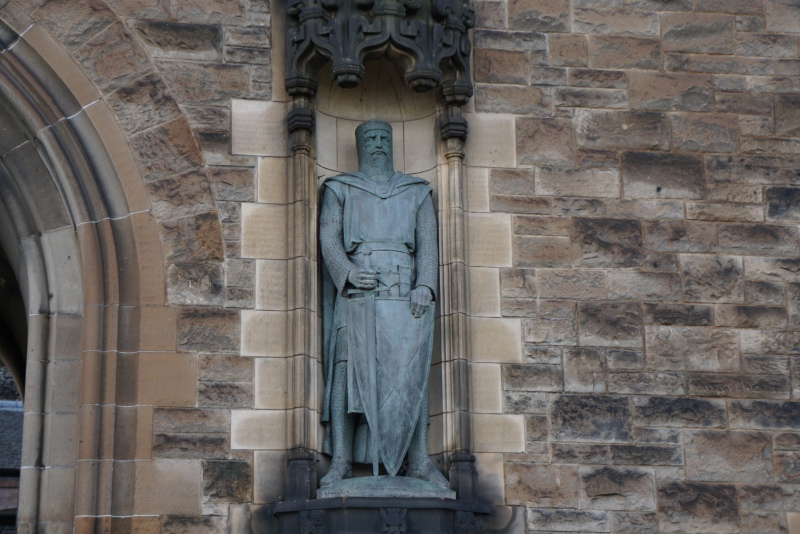 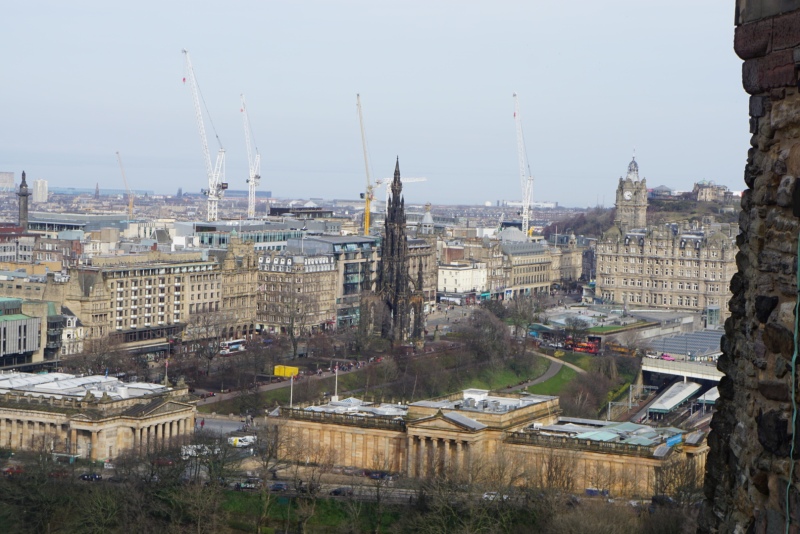 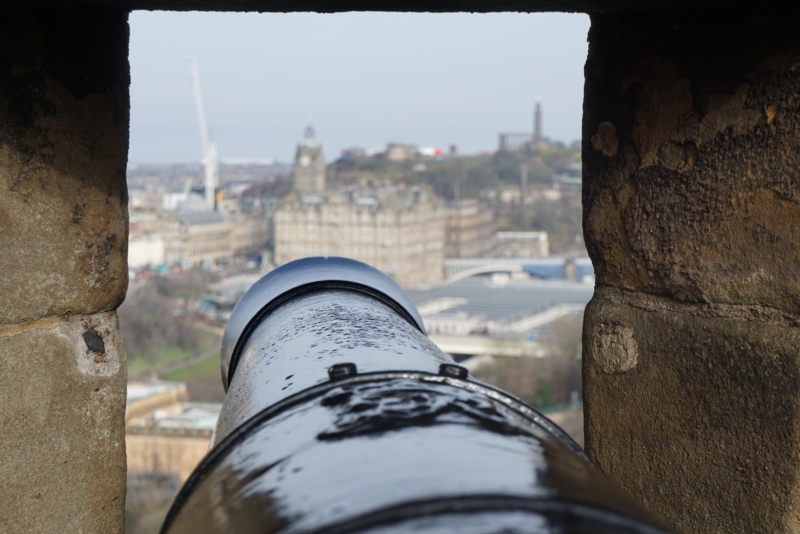 It felt special to walk around the grounds of the castle. The battles that were fought to defend it. Mary Queen of Scots giving birth to her child there. The home of the Scottish crown jewels (you are not allowed to take photos of them, sorry). It was a wonderful experience to walk through such a significant place in history. 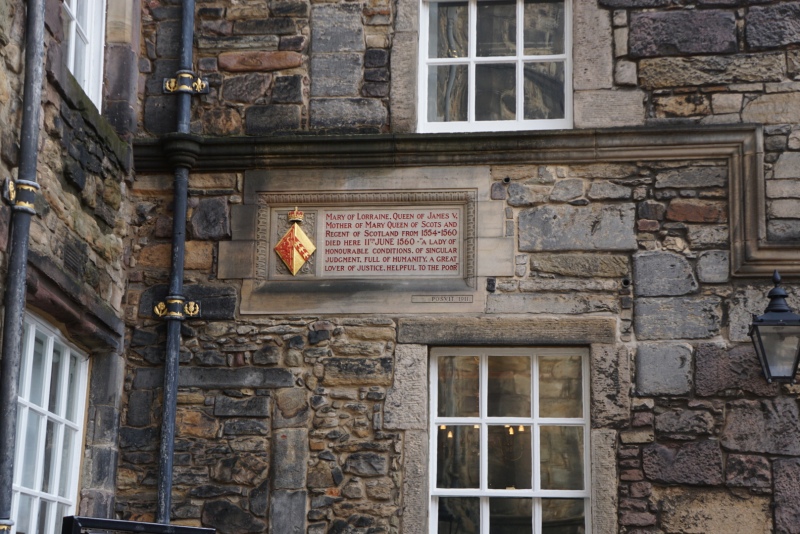 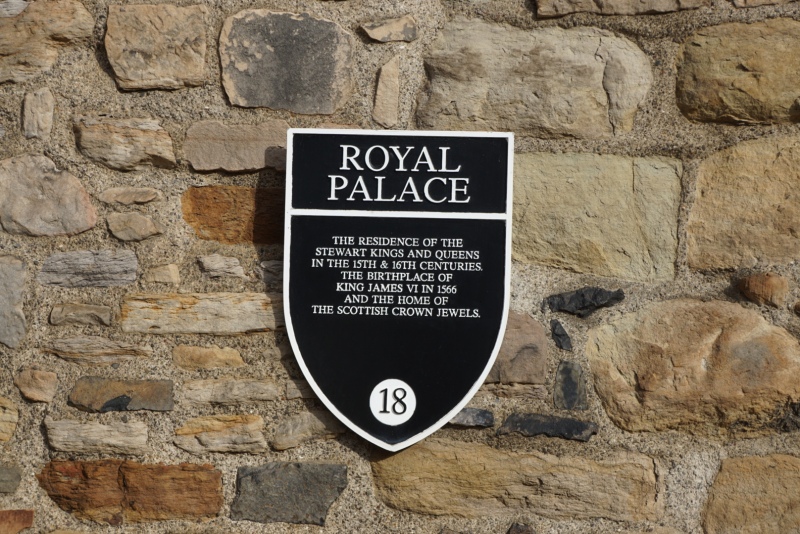 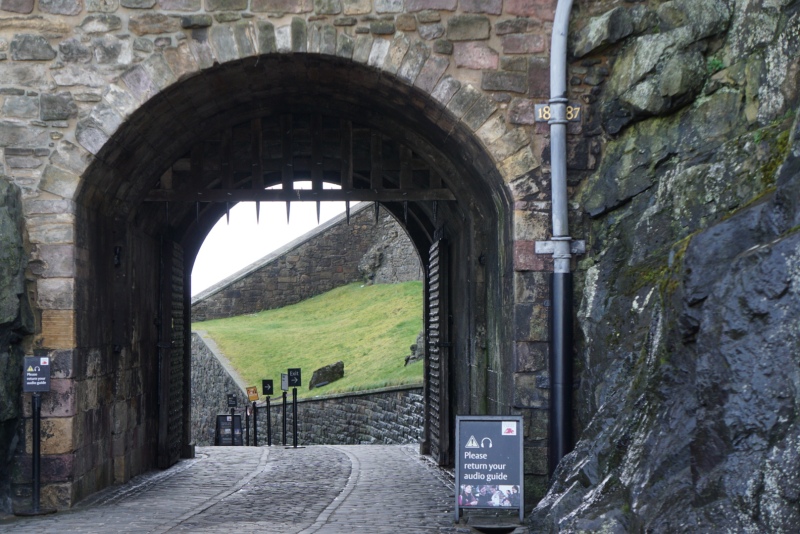